Find us on social medias: 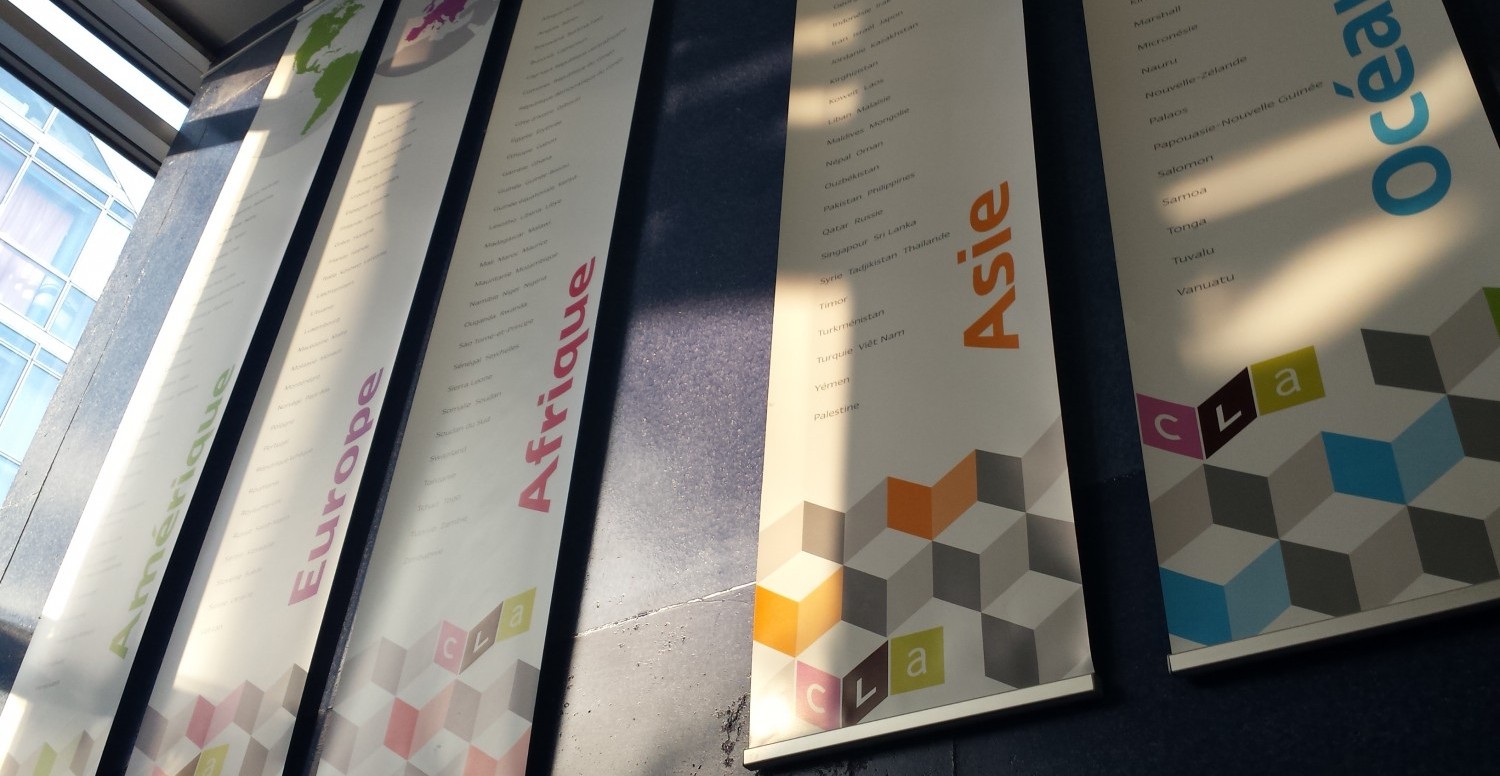 Get to the CLA

Besançon is located in the Franche-Comté region. The city boasts a rich historical and cultural heritage, in addition to a unique architecture, that granted Besançon a “label Ville d’Art et d’Histoire” (“City of Art and History label”). Furthermore, Besançon’s fortifications built by famous military architect Vauban are listed as a UNESCO World Heritage Site. Besançon lies in a bend of the river Doubs and thus enjoys an outstanding natural setting which offers an ideal living environment to its population of 120,000. Besançon is a 2-hour train ride from Paris and a 2h30 from Lyon or Basel.

From Paris - Orly airport: take the bus no. 91 (towards "Vaugirard") and get off at “Gare Montparnasse”. Then take the Bus direct no.1 (shuttle bus) up to the "Gare de Lyon". There, take a TGV to Besançon.

From Lyon - Saint-Exupéry airport, take the Rhône Express (shuttle tram) up to the Gare de Lyon-Part-Dieu. There, take a train to Besançon.

From the EuroAirport Basel Mulhouse Freiburg: take the Distribus (shuttle bus) up to the Gare de Saint-Louis. There, take a train to Besançon.

Besançon has 2 train stations: Besançon-Viotte and Besançon Franche-Comté TGV (about 7 miles away from the city centre) – both are connected by shuttle trains. The most convenient option for you is to take a direct train (from anywhere you are in France) to Besançon Viotte. Visit the SNCF website for more information.

Besançon is a 4-hour drive from Paris, a 2h15 from Lyon, Strasbourg, and Geneva, a 1h40 from Lausanne, a 1h30 from Basel, and a 1-hour from Dijon. When you reach the highway A36 called “La Comtoise”, look for the exit no.4 “Besançon – Saint-Claude” and take it, then follow the signs “Centre-Ville” and “CLA”.

The CLA verges Besançon’s downtown area and is based at 6 rue Gabriel Plançon.

Take the bus/TRAM to the CLA:

From the Gare Besançon-Viotte (tram stations are close to the way to the main entrance):
- Take tram no.L2 (towards “Hauts du Chazal”) and get off at “Canot”.

From the Campus de la Bouloie ("Crous Université", "Campus Arago" and "U-Sports" stations):
- Take bus no.3 (towards “Centre ville 8 septembre”), get off at “Republique” and take tram no.L1 or L2 (towards “Hauts du Chazal”), get off at “Canot”, 2-minute walk to the CLA.

From the Foyer de Jeunes Travailleurs de La Cassotte ("Liberté", "Fontaine-Argent", and "Flore" stations):
- Take tram no.L2 (towards "Hauts du Chazal") at "Flore" and get off at "Canot".

From the Centre International de Séjour ("Pôle Sportif" station):
- Take bus no.6 (towards "Orchamps") at "Pôle Sportif", get off at "Oudet", 6-minute walk to the CLA

If you are driving to the CLA, follow the direction “Centre-Ville”, then follow the signs “CLA”. You can leave your car at the Chamars paid parking lot, not far away (facing the CLA across the Doubs).

If you are coming by train, you will find tram stations just beneath the entrance way to the Gare Besançon-Viotte, along the Avenue de la Paix. Take the tram no.2 towards “Hauts du Chazal” and get off at “Canot” (10-minute ride). Then walk along the Cité Universitaire (the residence which faces the station) and cross the street straight ahead at the traffic junction: the CLA is the leftmost building of the glass complex called “La City”, facing the quay and the Pont Canot (the bridge).